What we do >Stories of change >Building abilities through Sports 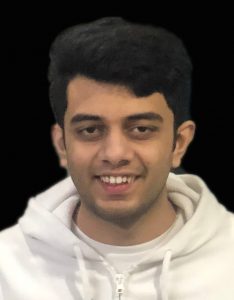 A New Year and a new beginning for Chayan

As far back as his memory goes, Chayan remembers being always drawn to music. As a child he smiled, felt calm and excited with the rhythm. Singing songs and dancing came naturally to him. In his school he opted for ‘Hindustani Music’ and in the sixth grade he drummed for the very first time. His journey thereafter continued to carve a niche for him, also marking his entry into Special Olympics with the beat of drums. In the Hindustani Music he played the Tabla as a main subject in Class XII scoring 100% marks in his practical examination.  The lockdown that stunned the world in early 2020, extracted hidden talents as well. SO Bharat continued to discover ‘sporting & beyond’ talent, encouraging Athletes like Chayan Taneja to join the movement.

Chayan has never shied from appearing on stage. In fact, it gives him a boost. When he performed at the SOI Global Webinar, on 14 December 2021, his parents were pleasantly surprised to observe that he was significantly better than during the practices.

Chayan is 18yr old residing in Delhi and preparing to participate in Special Olympics Golf. He has been intrigued by sports and has frequently tried ‘putting’ during holidays many-a-times before. While his father is a Chartered Accountant by profession, his mother is a fashion educationist and stylist. He has a younger sister (14yrs) who he adores as much as he obeys.

Chayan was diagnosed with Autism when he was 4 yrs of age. When he began schooling, his challenges surfaced that caught his parents unawares plunging them into denial as a first response. Being the first child in the extended family and also very bright, made it difficult for them to accept reality. His inclination towards drumming, that he expressed clearly at an event in the fifth grade, mapped his way forward. While all went well, nerve wrecking moments and weeping spells too dotted his journey and that of his parents. A turning point for his mother occurred following an incident in the school, that disturbed Chayan and brought his confidence down. His mother, Ms Archana Taneja, resolved to empower him with a personality that learns to live in the mainstream society, constantly searching for strengths within a stream of challenges.

Currently Chayan socializes regularly with his friends with Autism. They are part of a Reading Club that meets frequently, virtually; they go together for picnics, other recreational and educational trips.

“It is a myth that Persons with Autism want to be alone, it’s just that they don’t know how to be with people. We need to accept them as they are. Special Olympics promises to provide them an inclusive haven that commits to build on their abilities through sports and more. I can foresee Chayan’s fitness and confidence levels scale up with his participation in sports”, says Archana. She strongly believes that it is the parents who need help. If they are not able to identify the caliber of their children it is because they need support to do so and not that the ability does not exist.

Chayan has cleared Grade 4 level exams in Drumming from the Trinity College London and is currently pursuing graduation in Digital Media & Design. While every year Chayan strives to upgrade his drumming, that also translates into a new kit adding new sounds, he is set to explore undiscovered sporting horizons with enthusiasm this year.